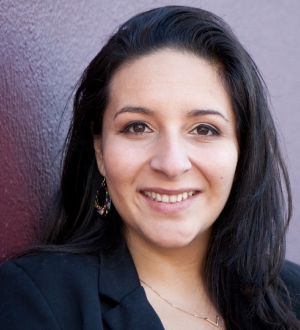 Norma Orozco is the Senior Communications Strategist at the Ella Baker Center for Human Rights. She utilizes email, websites, social media, and other digital platforms as a means to engage, educate and motivate people to action.

As a daughter of immigrants whose life has been impacted by incarceration and detention, she understands the intersections that affect communities of color.

Norma began her career as a grassroots organizer in California. After she completed her Bachelor of Arts at the University of California Santa Barbara she moved to Washington, District of Columbia where she worked on civil rights policy in the United States Senate through the Judiciary Committee. It was in Washington D.C. that she discovered her love for digital advocacy while working as a Digital Strategist and later Campaign Director with the Campaign for Free College Tuition.

Norma understands the power that words have to shape movements. In today’s increasingly digital and globalized world what an organization promotes online can be just as valuable as the work it does on the ground. She believes in the positive and real impact effective digital strategy can have in growing, developing, and moving non-profit organizations. Her eclectic background gives her a unique perspective that helps her name and frame issues in a way that can be accessible to a variety of demographics.

She is humbled and privileged to have the opportunity to work towards the liberation of all people through her work at the Ella Baker Center for Human Rights.

In her free time, Norma enjoys driving the California coastal roads and being surrounded by the ocean and redwoods.