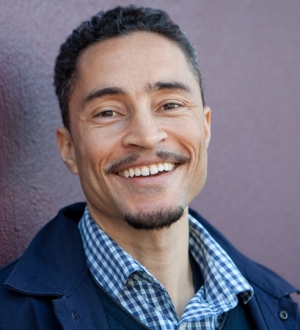 is the Executive Director of the Ella Baker Center for Human Rights, author of Defund Fear: Safety Without Policing, Prisons, and Punishment, and co-founder of Restore Oakland, a community advocacy and training center that will empower Bay Area community members to transform local economic and justice systems and make a safe and secure future possible for themselves and for their families.  Zach is also a co-founder of Justice for Families, a national alliance of family-driven organizations working to end our nation’s youth incarceration epidemic.
Zach helped build California’s first statewide network for families of incarcerated youth which led the effort to close five youth prisons in the state, passed legislation to enable families to stay in contact with their loved ones, and defeated Prop 6—a destructive and ineffective criminal justice ballot measure.
Defund Fear, released in 2020 (formerly titled We Keep Us Safe), has been praised by Forbes, the San Francisco Chronicle, the Boston Globe, and Kirkus Reviews.
In addition to being a Harvard graduate and NYU-educated attorney, Zach is also a graduate of the Labor Community Strategy Center’s National School for Strategic Organizing in Los Angeles, California and was a 2011 Soros Justice Fellow. He is a former board member at Witness for Peace, Just Cause Oakland and Justice for Families. Zach was a recipient of the American Constitution Society’s David Carliner Public Interest Award in 2015, and is a member of the 2016 class of the Levi Strauss Foundation’s Pioneers of Justice.
Zach is a loving husband and dedicated father of two bright daughters, whom he is raising in his hometown of Oakland, California.