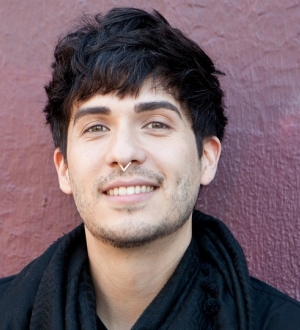 As the Director of Development, Nolan leads the Ella Baker Center’s fundraising efforts. He partners with foundations, individual donors, and other supporters to secure the resources necessary to advance the Center’s mission. With roots in activist spaces and coalition organizing, Nolan approaches development work as a movement building tool that – when centered on the needs and experiences of impacted communities – can be a powerful catalyst for social change.

Prior to joining the Ella Baker Center’s team, Nolan served as the Grants and Donor Communications Manager at the ACLU of Northern California. There, he narrated the organization’s values and accomplishments for donor audiences in key publications like the annual report, and worked closely with program staff to secure funding for projects across a wide range of issue areas. Before his career in development, Nolan’s community organizing work included mobilizing support for the passage of Prop 47 (sentencing reform), community education to support the implementation of AB 60 (driver’s licenses for undocumented Californians), and advocacy for the rights of the homeless (especially homeless LGBTQ youth). Nolan is an alum of the Public Policy and International Affairs (PPIA) program, and completed the PPIA fellowship at the Goldman School of Public Policy while earning his B.A. in rhetoric at UC Berkeley.

Nolan is a queer, neurodivergent, second-generation Cuban-American. Along with his lived experience and proclivity for contemplation, Nolan’s reading and listening habits – from texts on radical social thought to podcasts on current events – inform the intersectional and community-centered approach he brings to his work.